The Winbook TW700 and removing WIMBOOT

At only $70, I couldn't resist picking up the 7-inch Winbook TW700 from Amazon. To fit Windows 8.1 in only 16GB of storage, this device utilizes Microsoft's WIMBOOT technology. Despite the space-saving features of WIMBOOT, I decided to see if I could re-install Windows without using WIMBOOT. Here is what I did to revert the WIMBOOT install to a traditional install:

The first problem that I ran in to was that the device comes with Windows 8.1 with Bing.  This is a 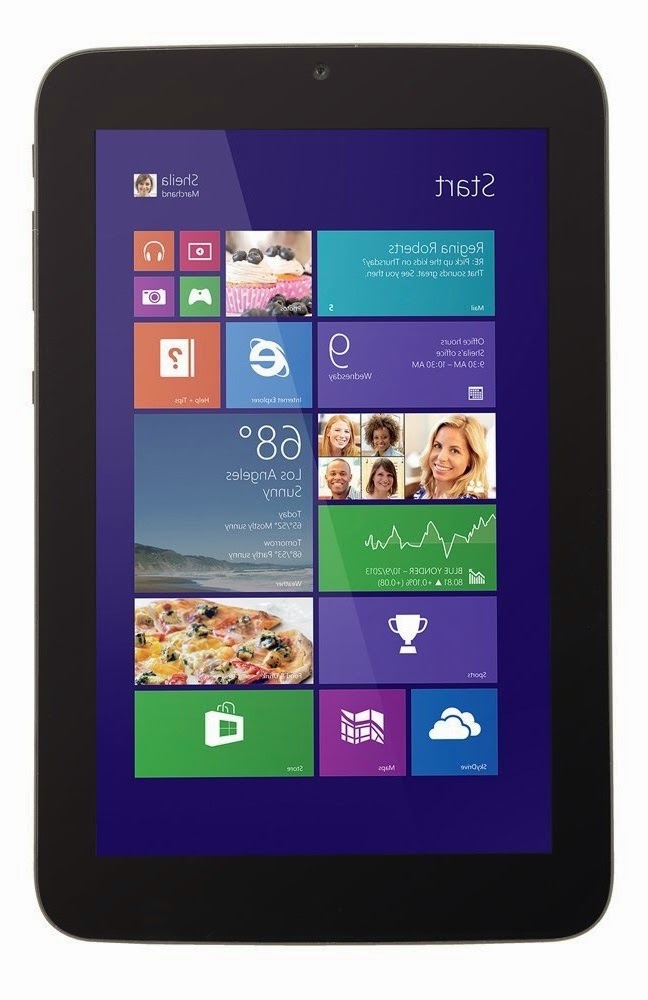 problem because you can't just reload the device using a standard Windows 8.1 OEM disc.  Well, if you have a separate license, you can install any SKU of Windows 8.1 you want.  But, I certainly wasn't going to pay close to $100 on a Windows license for a $70 device.

To get started, I first created restore media using Windows's built-in utility.  The resulting USB drive had three "SWM" files.  SWM files are typically "Split Windows iMages" that can be merged using DISM (the Deployment Image Servicing and Management tool).  However, I and other users have discovered that attempting to use DISM on these SWM files results in an error.

After much trial-and-error, I discovered that the resulting SWM files are not in the regular SWM format.  Instead, the WIMBOOT SWM files generated by the "Create a Recovery Disk" tool are just FAT32 friendly chunks that can be easily reassembled in to one regular WIM file.

Reassembling the pieces in to one WIM file is actually quite straightforward.  First, make sure you have a working disk available that is in NTFS (or exFAT) format.  This is necessary because the resulting WIM will be too large for the FAT32 file system that currently contains the WIMBOOT image files.  Next, open a command prompt and navigate to the folder that contains the SWM files.  Then, use the copy command to merge the files back in to one large WIM file.  The /b option tells Windows to do a binary copy, the + in between each file name tells Windows to merge the files, and the C:\install.wim part tells Windows where to output the merged file (assuming your C:\ drive is your working drive/NTFS drive).


The resulting file is a standard WIM file that can then be tweaked or re-applied to the tablet.  After tweaking my WIM file, I booted the tablet in to recovery mode and accessed the command prompt.  From there, I used diskpart to remove the primary partition and the Images partition.  I then created one partition that used that remaining space (approximately 14GB).  I inserted an NTFS formatted USB stick that contained my tweaked WIM file and used DISM to apply the image to the newly allocated C:\ drive.  After rebooting, I received the normal Windows OOBE.  After finishing the install, I had a tablet that is no longer subject to the limitations of WIMBOOT configuration, but is very limited on space.

In my next post, I'll talk about some of the things I did to free up space on the system drive (I currently have over 5.5GB free after installing Chrome, VLC, and all Windows patches).
Posted by Rob at 8:49 PM